His Third Victim by Helen H. Durrant
My rating: 5 of 5 stars

A man is shot dead and his body is dumped on the moors.His arm is stamped with the Chinese symbol for sorry.

There have been five unsolved murders with the same hallmark.The police can't find any motive or connection between the victims.

Bella Richards was close to the murdered man.She lives with her five year old son Oliver and has begun a new life in the local area.But although she is clearly grief stricken,she is not telling the police everything she knows.

Detective Talbot Dyson wants his most trusted inspector on the case.But DI Matt Brindle is out of action.He was badly injured and his sergeant was killed in a criminal ambush.Matt is drawn into the investigation and must decide whether he is going to go back to his old life.

What is the connection between the victims and who will be next?


The main characters of this twist packed,gripping thriller are Matt,Bella and the twisted killer.We follow Matt`s return back to work after being away for six months following the attack that has left him with a limp,suffering from panic attacks and post traumatic stress disorder.Matt is unsure whether he wants to return to police work,his mother certainly doesn't want him to but he is intregued by the case and can't resist contacting his old friend Talbot Dyson to talk about the murders.So he is drawn into the case and returns back to work where he is introduced to his new partner Lily Haines.I was expecting Matt to be reluctant about being partnered with someone new after what happened to his previous partner but him and Lily clicked from the moment they started working together and it was like they had known each other for years.Bella Richards is a very mysterious young lady who has hidden secrets that she will do anything to avoid being uncovered even after her young son Ollie goes missing.As the story unfolded I suspected that any one of a number of characters was the killer and I was genuinely surprised when the person's identity was revealed.The characters in this riveting story are a mixed bag of well developed,believable personalities,the reason behind the killings was very clever and ingenious.There was enough description of places to set the scene but no part of the story dragged or felt like padding.

This is quite a quick read,I read it in just under seven hours,it's well written,fast paced,gripping and packed with twists.It looks like the mystery of who was behind the attack on Matt and his previous partner is going to be a on going arc that will carry on in the following books.I absolutely loved this book,I really liked Matt and Lily and am looking forward to reading more thrillers featuring them in the future. 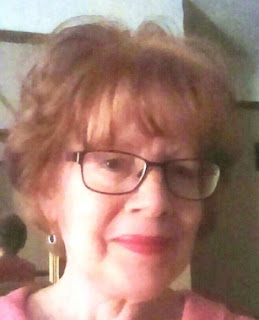 
OVER 500,000 books sold of her Calladine & Bayliss and DI Greco Series

I’m one of the ‘baby boomer’ generation. I was born in Edinburgh to an English father and Scottish mother. My father was from the North West of England and this was where the family settled. I know the area well, both the good and the bad, and so I set my books here. Sitting between two counties, Lancashire and Yorkshire, and between the city and the hills, it offers a rich mix of the industrial and the countryside and all the character therein. I always planned to write crime novels — to create the characters in my books. Since my retirement from a busy teaching job in FE, this is what I’ve done —almost to exclusion of anything else! I have a grown-up family and five grandchildren. They see me as something of an eccentric — always on my laptop writing away. Writing is something of a second career and, despite having a bus pass, keeps me busy, young and tuned in the world as it currently is.