THEIR FATAL SECRETS a gripping crime mystery full of stunning twists by Janice Frost
My rating: 4 of 5 stars

Two students coming home from a drunken night out see something strange in the river. It is a young woman’s body.

Hours later, a second young woman’s body is discovered on another stretch of the same river.

DS Ava Merry and DI Jim Neal are assigned to both investigations.

Soon a connection is found between the two dead women. A list of “victims” is discovered in one of their flats. Who will be next and what really happened to the women on this sinister list?

In a thrilling conclusion, Jim Neal fights for his life as the two detectives struggle to solve a complex case involving people with secrets that may prove fatal.

As well as following DI Jim Neal and his team's investigation into Leanne Jackson's death,we also follow Jess Stokes who for her own personal reasons is also trying to find out why Leanne was murdered.I liked Jess,her chapters where my favourite parts of the story.Someone was terrorizing Jess and her neighbours Pam and Magdalena,I found these parts of the story where more intense and intreguing than the police investigation.I liked Jim Neal and his team,I loved their banter and camaraderie,they where a mixed bag of characters who worked well together.I liked Jim Neal,he was a kind,fair boss who encouraged his team members to share their thoughts on the case and listened to what they had to say.The characters in this book where well developed and believable,some likeable,some not so.Two of the characters where so sick and twisted they made my skin crawl.

I did enjoy this book,it had a few unexpected twists and the reason behind Leanne`s death was plausible.Although this is the fourth book in the series it can be read and enjoyed as a stand alone. 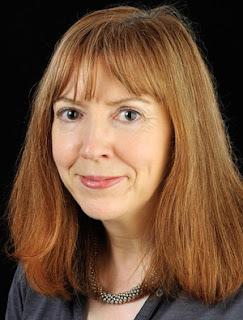 Janice was born and grew up in West Lothian, Scotland. After completing an English degree at St Andrew's University, she moved to London where she lived for ten years doing an assortment of jobs. Her passions are reading, writing and walking in Scotland and the Lake District. She lives in Lincolnshire with her husband and two sons.

DS Ava Merry is a young policewoman, recently promoted to detective sergeant. She is fitness fanatic with a taste for dangerous relationships. DI Jim Neal is single dad who juggles his devotion to his job with caring for his son.