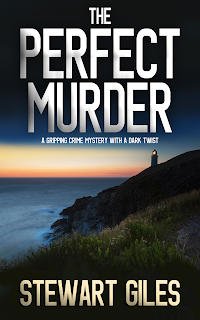 The Perfect Murder by
My rating: 5 of 5 stars

Detective Harriet Taylor is not very impressed when she is sent to investigate the mutilation of two cats in the same town.Surely that is a case for the R.S.P.C.A not the police.But then things take a sinister turn when one of the cat owners is found dead on the same day.

Can Harriet stop the murders and work out the connection to the local writing group,who conveniently enough have recently been tasked with writing stories on the theme of The Perfect Murder?

The characters in this gripping mystery where a mixed bunch of realistic personalities.I loved old Bert Applewhite,it was such a shame that he only appeared once in the story.I liked the relashionship between Harriet and her boss Jack Jillian,I liked the banter between the police team members,they had their disagreements over the case but they worked well together.You also learned some background information about some of their private lives but not so much that it came across as padding.I thought I had worked out who the killer was but I was wrong,I do love it when that happens.The reason behind the killings was very cunning but also quite sad,the ending of the story was unexpected but didn't fit with what we had learned about that character.

The story is fast paced,has a number of unexpected twists,a gorgeous setting and some heart pounding danger.There is also a touch of romance but not enough to put off readers like me who read thrillers because they like twists,mystery and hopefully plenty of action.Although this is the second book in the Harriet Taylor series it can be read and enjoyed as stand alone. 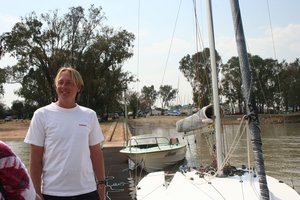 After reading English & Drama at three different English Universities and graduating from none of them, I set off travelling and finally ended up in South Africa, where I still live. I enjoy the serene life running a boat shop on the banks of the Vaal Dam. I came up with the DS Jason Smith idea after my wife dropped a rather large speaker on my head. Whether it was intentional still remains a mystery. Smith, the first in the series was finished in September 2013 and was closely followed by Boomerang and Ladybird. Occam's Razor, Harlequin and Phobia (a series of short stories detailing Smith's early life) were all completed in one hazy 365 days and Selene was done and dusted a few months later. Horsemen, the seventh in the DS Smith thriller series is out now. The Beekeeper, a departure from the DS Smith series will be released through Joffe Books on 22 May.