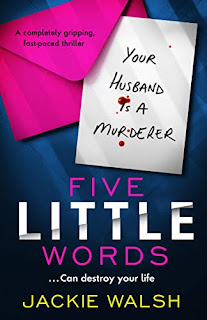 When new mother, Laura Caldwell, opens the card dropped through her letterbox, she expected to see a heartfelt note, congratulating her on the birth of baby Shay.

Instead, she sees a message that makes her blood run cold. 'Your husband is a murderer.' It couldn’t be true, could it? Not Conor, her adoring husband. He couldn’t be behind the brutal killing of local barmaid, Vicky. Not him.

But while Laura fights to discover the truth about her husband, she’s also holding dark secrets of her own; secrets she’s spent years trying to hide. Could the card be a desperate attempt at revenge – or could her husband really be a murderer? There’s a tangled web between this perfect couple – and the truth might just destroy them...

This enthralling mystery/thriller is narrated entirely from the perspective of new mum Laura as she carried out the everyday tasks that are all part of taking care of a new born baby whilst struggling with the feelings of anxiety and paranoia that had been stirred up by the shocking revelation written within a congratulations card that had arrived in the post on the same day that she arrived home from the hospital with little baby Shay.She knows that there is no chance in hell that her loving husband Conor, the hero of Ballycall the small village where they live is a murderer. But once the tiny seed of doubt is planted, it swiftly takes root and spreads throughout her head,growing into blanket of suspicion and mistrust.After it comes apparent to Laura that Conor is keeping secrets from her and with a lot of encouragement from her sister Amanda, Laura starts her own investigation into the victim's murder. She hopes that she will be able to uncover the identity of the card sender and proof of Conor's innocence but all she uncovers is more secrets and lies. She also can't help feeling inadequate everytime she has a interaction with her overbearing mother in law Maggie and the fact that Conor's glamourous ex girlfriend still works with him at the brewery only added to her feelings of paranoia and insecurity. Add on top of all this the fact that Laura was harbouring a secret of her own and you can easily imagine how much of a hot mess her character was. As the story unfolded, I had mixed feelings about Laura but I couldn't help admiring her dedication to her husband and her determination to uncover the truth. The small village of Ballycall was a typical, quaint, chocolate box village who's residents were a mixed bag of realistic, vivid characters. It was the type of place where everyone knew everyone else's business, you couldn't burn your toast in the morning without the villagers knowing about it before you even had a chance to eat it or throw it into the bin. But who was the killer who was hiding in plain sight? Could it be Conor? His mother Maggie? His best friend, short tempered Noal? Conor's glamourous ex girlfriend? Or what about Pat, the mysterious man who lived on the grounds of Conor and Laura's house? There was numerous suspects but who was the killer and what was their motive?
This is a well written, enthralling thriller that has the theme of family as the heart of it's plot. The believable characters were the veins that pumped the blood into the heart of the story. The secrets and lies gradually unfurled,tumbled and fell like the leaves on the trees that grew at the bottom of Conor and Laura's garden. I thought this was a very enjoyable, gripping read that kept me guessing throughout. Very very highly recommended.
Author Bio: 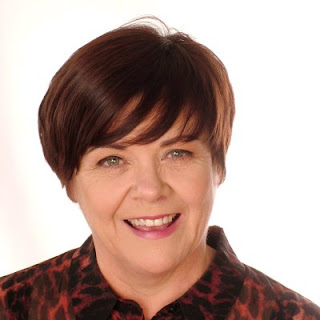 Jackie Walsh lives in Dublin with her husband Paul and dog Layla. She is a member of the Irish Writers Centre and The Irish Crime writer’s group. After years spent building her own business she decided to take time out and pursue her interest in writing. With a lot to learn, Jackie attended classes, writing groups and travelled to lots of festivals and launches She secured a publishing deal with Hera Books who published Familiar Strangers and The Secrets He Kept in 2019 and Five Little Words in 2020. 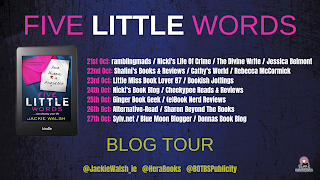