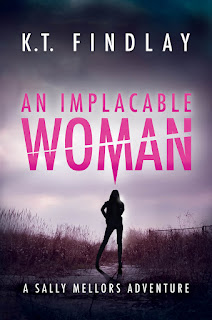 Despite the fact that it is now the 21st century, the British Justice system very often comes across like it's laws are stuck back in the 1960s. Rape victims are treated like criminals when they give evidence in court and cases of domestic abuse are still often treated like civil matters and not a police matter.

Furious that the courts and police can’t prevent respected surgeon John Kirby from beating his wife, Sally Mellors aka Selena steps in to save her. Permanently…

But Grace Kirby isn’t the only one who needs saving and Sally quickly discovers she’s taken on a much bigger job than she’d thought.

With her unique ability to blend justice with fun, Sally sets joyfully about the business of removing the monsters from women’s lives, but is she in danger of becoming a monster herself?

As her friends in the police get ever closer, Sally has some serious questions of her own to answer.

This gripping tale of vigilante justice was voiced by numerous characters including Sally, her alter ego Selina and her friend Peregrin who was in charge of the police investigation into her crimes. I know you are not supposed to like the villian of a story but I couldn't help really really liking Sally and Selena. I thought they were fantastic characters who both had completely different personalities although Sally was finding herself slipping more into her Salina persona when she was ment to be herself. Sally had a heart of gold which we witnessed during her interactions with the little girl. Selena had a wicked but very dark sense of humour and I loved her interactions with her victims. Her methods of killing her victims were ingenious,she was like the MaCGyver of the serial killer world. Her victims were really horrible human beings and although you knew what she was doing was wrong, you still struggled to feel any sympathy for them. I really liked Peregrin and his team, I loved the camaraderie and banter between them and how the reader shared a secret with Sally that they didn't know. Peregrin was a very likeable character who was a fantastic boss and had a good sense of humour. I loved the setting for this book, the trails through the woods, the two deadly, unstable suspension bridges.It was all so wonderfully described that the reader could close their eyes and imagine Sally/Selina riding along the trails and roads on her Kawasaki or mountain bike, the wind in the trees, the crunch of gravel, the water bubbling in a stream and Sally/Selena's laughter carried by the breeze.

Despite this being the second book in the series,it can be read and enjoyed as a standalone. I really enjoyed this fast paced, well written enthralling thriller, the characters were diverse and realistic, there was some funny laugh out loud moments and a couple of heart pounding close calls for a number of characters. I enjoyed this book so much that I  am definitely going to have to get my hands on a copy of the first book in the series A Thoughtful Woman and I look forward to reading more of Sally/ Selina's adventures in the future.

Additional Maps of where An Implacable Woman is set-
https://ktfindlay.com/an-implacable-woman-maps/ 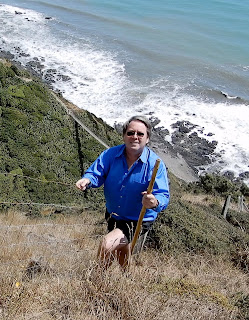 K.T. Findlay lives on a small farm where he dovetails his writing with fighting the blackberry and convincing the quadbike that killing its rider isn’t a vital part of its job description.

The main Amazon.com link is https://www.amazon.com/dp/B088HJJ6NW/

The Indian link is https://www.amazon.in/dp/B088HJJ6NW/

The Canadian link is https://www.amazon.ca/dp/B088HJJ6NW/ 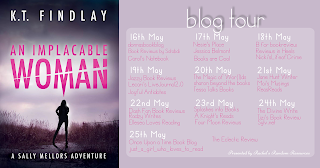