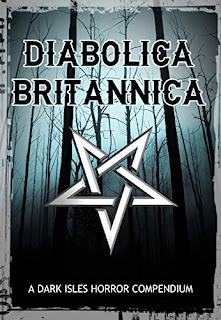 Catherine McCarthy is a spinner of dark tales, often set in the wilder regions of her native Wales, U.K.

She has published two novels and a collection of short stories, and is currently querying a dark fantasy novel,The Wolf and the Favour, which is entwined with ethereal elements and Celtic lore.
Several of her stories have been published in anthologies such as Graveyard Smash, Dead Alive, and Diabolica Britannica, and earlier this year she won the Aberystwyth University Imagining Utopias prize for creative writing.

She lives in a two-hundred-year-old farmhouse with her illustrator husband and its ghosts, and when she is not writing she may be found hiking the rugged coast-path or squirrelling among ancient churchyards for story inspiration.

There are many dark secrets hidden on the Fordingham estate

Keith Anthony Baird is the author of The Jesus Man: A Post-Apocalyptic Tale of Horror (Novel), Nexilexicon (Novel), And a Dark Horse Dreamt of Nightmares (Book of Shorts) and This Will Break Every Bone In Your Heart (Novelette). His works can be found on Amazon and Audible. He is currently working on a dystopian novel titled SIN:THETICA.

Diabolica Britannica is his brainchild and was developed in response to 2020's global pandemic. A collective of British talent seemed the obvious vehicle to bring further horror to the masses, but ensuring some relief in the process by donating all profits to help fight COVID-19.

When not at his desk writing, you might find him up a mountain, snorkelling on a coral reef with his partner Ann, or having fun with his grandson. Failing that, it's a good bet he'll be on Twitter.

Felicity and Becky definitely shouldn't have gone into the woods. This story was really intense and I loved it. This was my favourite story in the book

Janine Pipe is a Horror lover and writer who was first introduced to the genre as a child reading 'Salem's Lot - and she hasn't looked back since. She is inspired by Stephen King and cites Glenn Rolfe, Hunter Shea and Jonathan Janz as her favourite current writers. She likes to shock with her writing, there is usually a lot of gore and plenty of swearing ...  She is very thankful to her biggest cheerleaders, her husband and daughter and her mentor, Graeme Reynolds. She chews the fat with fellow authors on her blog -  Janine's Ghost Stories and reviews for Scream Magazine and Nightworms.

You can find her work at Tales to Terrify, Ghost Stories the Podcast and The Horror Tree. Several of her short stories have been published, including an all female anthology with Kandisha Press.She is currently writing a splatterpunk novella about a teenage vampire hunter. .

So,do you believe in ghosts???

Christopher Henderson was born in Streatham, south London (UK), a few months after the first human beings landed on the Moon. At the same time, only a few miles away on the other side of that city, other human beings were preparing to hunt and stake a supposedly genuine vampire in its lair in Highgate Cemetery. It was the beginning of 1970, the overture to a very weird decade.

Throughout Christopher’s childhood, popular culture was steeped in the eerie, the macabre, and the uncanny. The supernatural, it seemed, was only ever a half-heard whisper away – and it never stopped talking to him.

Half a century later, Christopher continues to haunt south London. In a parallel life, he was for many years involved with the scientific and open-mindedly sceptical study of paranormal and fortean phenomena, and he is the author under a different name of several non-fiction books specializing largely in folklore and ghost stories. In this incarnation, however, he writes horror fiction, and especially supernatural horror fiction, as he attempts to escape the deeper horrors that plague the real world.

He is the author of Artemis One-Zero-Five (a horror/SF novel set in the near future, partly in London and partly on a remote asteroid) and The Horror at Lavender Edge (a supernatural horror novel set in 1970s London). Currently, he is working on a sequel to The Horror at Lavender Edge.
You can find Christopher on Twitter at @ChendersHorror or visit his website at www.christopherhendersonhorror.com .

WE PLOUGH THE FIELDS AND SCATTER by Stephanie Ellis

It's all special effects and an illusion for the cameras or is it???

Stephanie Ellis writes dark speculative prose and poetry and has been published in a variety of magazines and anthologies. Her latest work includes the novella, Bottled, published by Silver Shamrock, who will also be publishing her novel, The Five Turns of the Wheel in October. She has recently been published in Flame Tree Press’ A Dying Planet anthology with “Milking Time” and is included in Silver Shamrock’s upcoming Midnight in the Pentagram anthology with “Family Reunion”. Her poetry can be sampled in the Horror Writer Association’s Poetry Showcase Volume 6 and in the upcoming Volume 7. She has collected a number of her published, and some unpublished, short stories in The Reckoning, her dark verse in Dark is my Playground, and flash in The Dark Bites, all available on amazon. She is co-editor of Trembling With Fear, HorrorTree.com's online magazine. She is an affiliate member of the HWA and can be found at https://stephanieellis.org and on twitter at @el_stevie.

SONG OF THE MOOR by Alyson Faye

Alyson lives in West Yorkshire, UK with her husband, teen son and four rescue animals. Her fiction has been published widely in print anthologies - DeadCades, Women in Horror Annual 2, Trembling with Fear 1 &2, Coffin Bell Journal 1, Stories from Stone, Ellipsis, Rejected ed. Erin Crocker) and in many ezines, but most often on the Horror Tree site, in Siren’s Call and The Casket of Fictional Delights.

In May 2019 Night of the Rider, was published by Demain in their Short Sharp Shocks! E book series and later that year Demain published her 1940’s crime novella - Maggie Of My Heart.
Currently she has stories appearing in the Strange Girls anthology (ed. Azzurra Nox), two charity anthologies, Burning Love from Things in the Well, and Amongst Friends (Gypsum Sound Tales); another Gypsum anthology, Colp: Black and Grey and by Emerald Bay Books, Horror for Hire: First Shift.

Her work has been read on BBC Radio, local radio, on several podcasts (e.g. Ladies of Horror), posted on YouTube and placed in competitions.

She performs at open mics, teaches, edits for an indie publisher and hangs out with her dog on the moors - in all weathers.
You can contact Alyson through her blog:-
https://alysonfayewordpress.wordpress.com/

A full list of her publications can be found via her author page on amazon:-

Rituals have to be observed

John messes around with words for a living. He was born in England and grew up in the industrial Midlands. That was where he learned to love scrawny cats, the sound of scrapyard dogs and the rattle and clank of passing trains.

His official education mostly involved English, Art and History. Everything else came later. The employment record is somewhat difficult to summarise. Chequered is probably a good word for it. Shop worker and office boy, sculptor and odd-job man, fraud investigator and thief. It's all the same, when you boil it down. Pay your way and try to have a good day.

He enjoys apocalyptic stuff, horror, comedy and football (not necessarily together). A family man, John now lives a few miles from the old Victorian house in which he was born. Scribbling scary stories seems to keep him vaguely sane (accurate at time of writing). Current projects include more tales from the Dead Boxes Archive, another everyday cosmic horror novel from the Scaeth Mythos, and new books set in the post-apocalyptic world of Collapse.

THE SECRET OF WESTPORT FELL by Beverley Lee

Beverley Lee is the bestselling author of the Gabriel Davenport vampire suspense series (The Making of Gabriel Davenport, A Shining in the Shadows and The Purity of Crimson) and the gothic horror, The Ruin of Delicate Things. In thrall to the written word from an early age, especially the darker side of fiction, she believes that the very best story is the one you have to tell. Supporting fellow authors is also her passion and she is actively involved in social media and writers’ groups.
strangers

Protect The Book and it will protect you

Morgan K Tanner is a writer, drummer, and golfist currently residing in the English countryside. The idyllic surroundings make it an ideal place to write, drum, and hide the bodies. The busy sound of the typewriter is perfect to drown out the hum of the antiquated torture equipment.

When not writing or inflicting pain and suffering on his numerous victims, he indulges himself in all things horror and metal.

He is the author of An Army of Skin, The Mind's Plague and Other Bites of Brutality, The Unbeliever & The Intruder; a Short Sharp Shocks! Book, and The Snuggle Zombies; his attempt at a horror book for kids.

You can praise or indeed abuse him by visiting www.morganktanner.com or find him on Twitter @morgantanner666 and Instagram @morganktanner

This was a sad short story. Poor lonely little Lucy

S.J.Budd is a dark fiction author from Cornwall. Her work has appeared in The NoSleep Podcast, Aphotic Realm, Sanitarium Magazine, Siren’s Call Publications, Deadman’s Tome and many others.

When not writing she is mostly reading, tending to her huge collection of cactus plants and going for long walks in the country-side..She spends far too much time on twitter @sjbuddj. You can find out more about her stories a www.sjbudd.co.uk

The remaining stories are

THE FLOW by Tim Lebbon
WALKED A PALE HORSE ON CELTIC FROST by Keith Anthony Baird
THE COVEN by Sarah E England
Call The Name by Adam L G Nevill,
THE CONDUCTOR by Arthur M Harper

14 dark, chilling tales of horror and suspense ranging from terror in the woods, scares on a train, alluring sirens, bloody harvests, the consequences of talking to strangers and horror on the ghost hunt. This is a brilliant collection of stories that are perfect for curling up with on a dark night. If you purchase a copy of book as well as getting a incredibly sinister and entertaining read you will also be helping raise money for the Charities that support the NHS 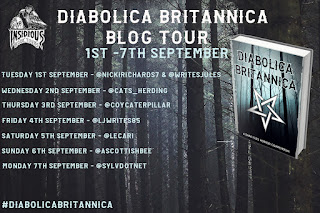