BLOG TOUR,BOOK REVIEW - If She Dies by Erik Therme 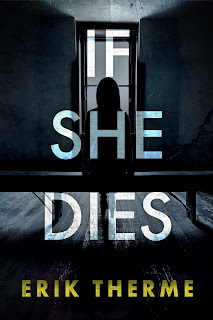 How far would you go to right a wrong?

Nine months ago, Tess’s five-year-old daughter was killed in a car accident. The driver, Brady Becker, was sentenced to two years in prison. It didn't make Tess’s pain go away.

Brady also has a daughter: A twelve-year-old named Eve who walks to Chandler Middle School every day. Tess knows this because she's been watching Eve for the last three weeks. It isn’t fair that Brady’s daughter gets to live, while Tess’s daughter does not.

When Eve goes missing, all eyes turn to Tess, who doesn’t have an alibi. But Tess isn’t guilty.

Or so she believes.

This enthralling, character driven domestic drama/thriller is written entirely from the perspectives of Tess, a women who was struggling to deal with her overwhelming feelings of grief and guilt as well as trying to retain her sanity after the tragic death of her five year old daughter Lily nine months previously. Grief is a fundamental human emotion and different people have their own personal,unique way of dealing with their feelings. Much to her horror, Tess's husband Josh appeared to want to pretend that their daughter never existed, to just forget the past and move on. His way of dealing with things was to pack up the condominium in Newton where they had lived before Lily died,and move to a musty old house in the small town of Harlow where he was born.
As the story unfolded I struggled to decide if I liked Josh or not,I couldn't decide whether he was just completely lacking in empathy,a control freak or was his bullish behaviour the only way that he knew to deal with his own personal grief. Were his actions simply his way of both trying to protect Jess from suffering any more pain as well trying to help her move on? Despite feeling a lot of empathy for Jess due to the death of her young daughter and her struggles with her mental health,there was multiple times during the story when she seriously got on my nerves, there were aspects of her character that were really irritating. One of the things that I did like about her was how much she obviously cared about her brother Colin despite but as with many relationships between siblings,theirs was complex and fraught with issues. The question was,how did Meg and her daughter Eve for into the story? Why was Tess stalking Eve? Had Eve been kidnapped or had she simply ran away from home? Was someone framing Tess and if they were,then who was it and what was their motive?
This is a emotionally charged,gripping mix of domestic drama and thriller that had a plot that was packed full of secrets, lies and deceptions. Other reviewers have commented that they thought that it was a slow burner but I thought it was perfectly paced. The twists and turns kept me guessing and the story had me glued to my kindle. The characters were a mixed bag of realistic individuals and the story covered a wide range of issues that affect the lives of countless people every day. I would happily revisit these characters again and would love to read a sequel. A very enjoyable,entertaining read and very very highly recommended. 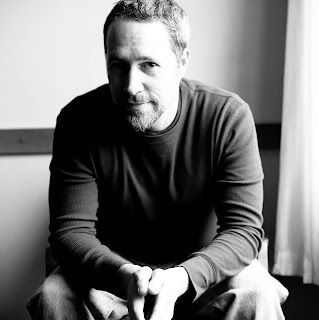 Erik Therme has thrashed in garage bands, inadvertently harbored runaways, and met Darth Vader. When he’s not at his computer, he can be found cheering on his youngest daughter’s volleyball team, or watching horror movies with his oldest. He currently resides in Iowa City, Iowa—one of only twenty-eight places in the world that UNESCO has certified as a City of Literature. 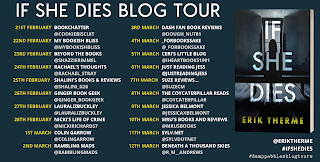