BLOGTOUR, BOOK, REVIEW - I Let Her Go by J A Andrews 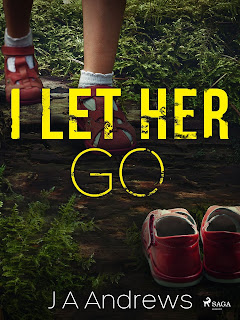 Some secrets should have stayed buried...

Lucy Mitchell had a troubled past, was abandoned by her mother and left to fend for herself in foster care. This is where she met Amber and Josh, but living in a strict foster home brought fears of its own. Fears that brought Amber and Lucy closer together.

Amber and Lucy formed a pact. They said they would be friends for life and often found solace in the local woods to escape from their foster carer, Linda. This was a place they used to hide together, but when only one girl had returned from the woods, the note said Amber had run away.

Fifteen years later and Lucy is planning the wedding of her dreams with Josh until a body is found, then the trauma of Lucy’s past comes back to haunt her. Tensions mount as Lucy, Josh and Linda all have secrets to hide and distrust makes them question each others story around Ambers disappearance. As the body's identity is soon to be exposed, life for Lucy takes a terrifying turn for the worst.

The note says Lucy is next!

This enthralling, addictive thriller is predominantly voiced from the perspectives of Lucy, Josh and Linda and the chapters were set one week in the past and in the present day. Lucy, her best friend Amber and Josh had all met after they had each been placed in Linda's care by social services. The sad reality is that there are people who foster children for their own personal gain and not because they actually care about the often emotionally damaged individual who has moved into their home. Very often, a child removed from one abusive home and placed straight into a situation that is far worse than the one that they have just been removed from. Life with Linda was a living nightmare and the girls would very often escape and hang out in the nearby woods. Then one day whilst they are messing about in the woods, Amber runs away and mysteriously disappears.

Fifteen years later, Lucy is putting together the last stages of her wedding and looking forward to marrying Josh when her world is blown apart by the discovery of a body in the woods where she had last seen Amber. Lucy, Josh and Linda are suddenly forced to confront unanswered questions from the past. Is it Amber's body? What happened in the woods all those years ago? The characters pasts were a intricate web of secrets, lies, manipulations and deception and the truth, when it is revealed is so mind blowing and unexpected that the reader will definitely not see it coming.

The prevailing theme throughout this tightly plotted story is abuse, both physical and mental and how a individual can find themselves caught up in a vicious cycle that they can't or don't want to acknowledge or escape from. The plot also raises the thought provoking, age old question of nature vs nurture due to the thoughts and behaviour of a certain character. Lucy was a really likeable character and I found myself worrying about her wellbeing and mental health as she found herself caught up in a tug of war between Josh and Linda in the present day. As the unfolded, the reader found themselves taken back in time and given a insight into the the events that happened at Linda's house in the lead up to Amber's disappearance. Behind closed doors, Linda was a diabolical, cruel individual but she was also very cunning and able to hide her true character from the social workers. Scattered throughout the book was chapters that were voiced from the perspective of Lucy's best friend in the present day Vicki, a character who wasn't liked by either Josh or Linda. She was a very likeable, loyal individual who genuinely cared about Lucy and was the type of best friend that everyone would love to be able to say they have in their lives.

OMG, I love this talented author's gripping, addictive thrillers and this latest addition to his catalogue was no exception. The story hooks you in from the first page, the plot twists and turns keep you guessing and glued to your kindle. The title of this book is ingenious and could be synonymous with any one of the main characters. The small cast of characters were vivid, realistic, relatable individuals each with their own unique personalities and character traits. This is a absolutely, bloody incredible read, worth far more than five stars, very very highly recommended and definitely going to be one of my favourite reads of this year. 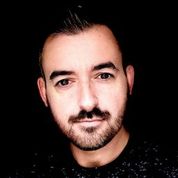 JA Andrews is from Devon in the UK and the author of gripping twisty psychological thrillers. As well as writing fiction, he enjoys reading a mix of genres, watching reality TV and spending time with family and friends. He is a member of the Crime Writers Association and is often plotting his next novel... 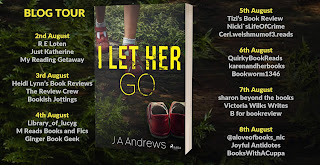