BLOG TOUR, BOOK REVIEW - The Darkness Within Ourselves by Jessica Huntley 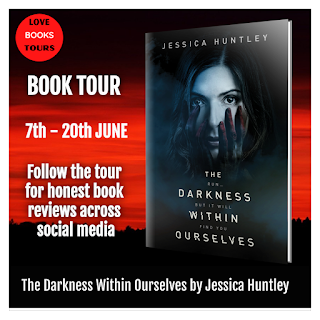 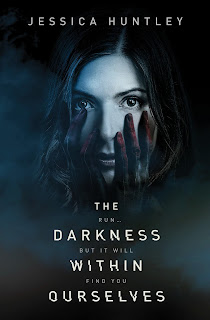 Amber and her four best friends are about to reach their teenage years when the unthinkable happens; one of her friends, Kieran, is killed in a freak accident.

Twenty years later, Amber no longer speaks to her friends and is still haunted by that day in the form of severe psychological issues, including sleep paralysis, insomnia and hallucinations of a terrifying entity she calls The Creature.

But it isn’t just in her head; it is real.

Unbeknown to Amber, her former friends have also been suffering from their own psychological nightmares, each trapped and twisted into people they no longer recognise.

Then a piece of evidence is found from that day and Amber and her former friends are forced to relive the events leading up to Kieran's death, learning truths along the way that they would rather not know about themselves.

Can they work together to rid themselves of their demons and find out what really happened to Kieran all those years ago?

The day that changed their lives forever started like every other first day of the summer holidays for twelve year old friends Amber, Jordan, Brooke, Tyler and Kieran but ended in a nightmare that would haunt four of them for nearly twenty years. Five friends went out to play but only four traumatised children who were covered in dirt, cuts and scratches returned to their respective homes. Something shocking happened that day, the details of which they had sworn in a blood oath never to reveal, they thought that if one of them ever tried to reveal the truth, that person would die.

Almost twenty years later the past catches up with the four remaining friends when a piece of evidence is discovered and the events of that day are suddenly once again the talk of the same town where they all still live. The friends who have been estranged for many years are drawn back together and are shocked to discover that each of them has spent the past two decades being haunted by their own personal demon. The lies and secrets from the past were in danger of being revealed, will they finally be prepared to admit the true extent of their actions all those years ago? What will they be prepared to sacrifice for the sake of their futures?

The chapters alternated between the perspectives of the four remaining friends and had sections written in italics inserted into some of the chapters that slipped back into the past. Each of the characters had been affected in some way by the events of that fateful day, one of them hadn't left their home for seventeen years, one had major anger issues, one suffered from insomnia and the last friend suffered from clinical depression. The question was, were their demons a manifestation of their individual feelings of guilt over events from the past or of the fear instilled into their subconsciouses during the blood oath. Each of the friends was a vivid individual with their own unique personality and character traits both in the present day and the past. It's a thought provoking story that raises the moral question, do adults who commit it are involved in terrible crimes as children deserve sympathy when their actions from the past catch up eventually catches up with them and their lives start falling apart?

This book which has a plot that covers some relatable issues is a mesmerising,dark,at times spine chilling, extremely well written debut that hooks the reader in from the first page, keeps you captivated and glued to your kindle. The small cast of characters are vivid and realistic and despite their actions, worm their way into your heart and cause you to care about them. From the way that this book ends, it does appear that the author might be planning on writing a sequel, I hope she is, I would love to revisit these wonderful characters in the future. I thought this was a very enjoyable, entertaining read and would gladly read more of this author's books in the future 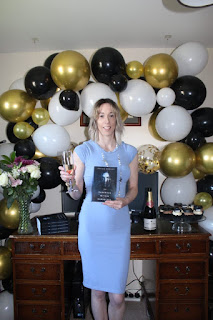 Jessica is a full time mum and lives in Edinburgh. She loves keeping fit, reading and writing and taking her dog on long walks. She grew up in Wales and wrote many books when she was a child and has dreamed of becoming a published author all her life. Previous careers include Intelligence Analyst in the Army, Personal Trainer and Process Expert. 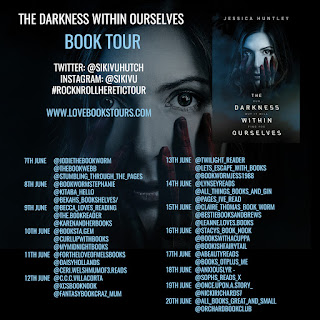