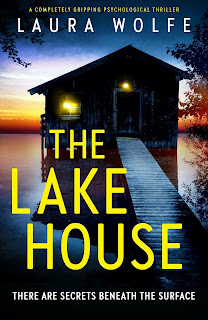 You can always trust your closest friends. Can’t you?

This trip was a chance to reconnect away from our busy lives. The five of us used to be so close—going right back to our college days, when we shared a rickety house and all our favorite clothes, as well as every high and low of our lives—but that was then.

Now, the thought of three days in a small cabin far from anywhere, surrounded only by water and trees, with my four oldest friends makes my stomach sink and my hands sweat. Because if they knew what I’d done—the betrayals I’ve committed—they’d never forgive me. And neither would you.

The straight-A student, the sports star with a bright future ahead of her, the sheltered girl who blossomed away from her family and the hippie child who was going to save the world. Their lives have turned out so differently to how we pictured all those years ago. I try not to think about why.

But then danger strikes, and too late I discover I’m not the only one keeping secrets. And I wonder: who will go furthest to keep the truth hidden?

Gripping, addictive and totally unputdownable, The Lake House will have you reading late into the night. Perfect for fans of The Girl on the Train, The Woman in the Window and Big Little Lies.

Omg - this book is absolutely bloody incredible,in fact,there are not enough superlatives in the English dictionary to describe just how perfect this gripping thriller is.Gather together five friends,each of whom has their own unique personality and character traits,a isolated cabin situated near some woods and a lake. A old,deserted school camp,a creepy landlord,a unsolved murder mystery and the friends being picked off one at a time by a unknown enemy and you have the perfect ingredients for a captivating,addictive read that has a spine chilling,intense vibe permeating the pages.
Sam, Charlotte, Kaitlyn, Jenna and our narrator Megan have been friends since they were placed together on the same corridor in the dormitory that was their lodgings at the university they all attended. They didn't see as much of each other anymore but they had shared too much to completely abandon each other. Five years had passed since their last girls weekend which had been held at Kaitlyn's posh house and over the two days past tensions had bubbled to the surface that resulted in uncomfortable moments,gaping silences and sideways glances. This time they were going to be spending five days in a isolated cabin with no Wi-Fi and sporadic phone signals,they were going to be totally off grid. Megan had been harbouring doubts about wether she should actually go on the holiday from the minute that she received the email about the proposed trip,doubts that only multiplied after they arrived at their destination. It's not long before she discovers that she was right to have these doubts when the holiday turns into a living nightmare and she finds herself confronting situations that would have fitted perfectly into the plot of a classic horror film.
Interspersed throughout the book was chapters that were written in italics and took the reader back in the past to when the girl's were at University. These parts included the girl's interactions with a character called Frida who was a shy,intense individual that always seemed to be hovering in the fringes of the group. The girl's hadn't seen her since they left university but was there any possibility that she was somehow involved in the events that were unfolding in the present day.
I really really loved everything about this very well written,fast paced,intense,page turner. I loved the setting,the stark contrasts between the beauty of mother nature and the ugliness of certain character's behaviour. The story didn't contain a large cast of characters but the ones who did appear were a mixed bag of vivid,realistic individuals. I would love to watch a film adaptation of this brilliant thriller. Worth all the stars and more,very very highly recommended and most definitely one of my favourite reads of this year so far.
Author Bio: 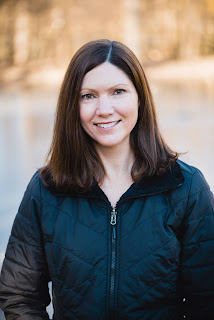 Laura Wolfe writes fast-paced and twisty mystery and suspense novels. Her new and upcoming releases include TWO WIDOWS (Bookouture, August 2020), SHE LIES ALONE (Bookouture, November 2020), and THE LAKE HOUSE (Bookouture, March 2021.) Her equestrian-themed YA mystery books have been shortlisted for multiple indie book awards. Laura is a lover of animals and nature. When she is not writing, she can be found hanging out with her highly-energetic kids, growing vegetables in her garden, or spoiling her rescue dog. She enjoys living in Ann Arbor, Michigan 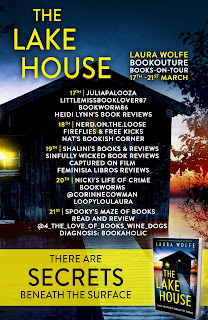